One of the most beautiful villages of italy 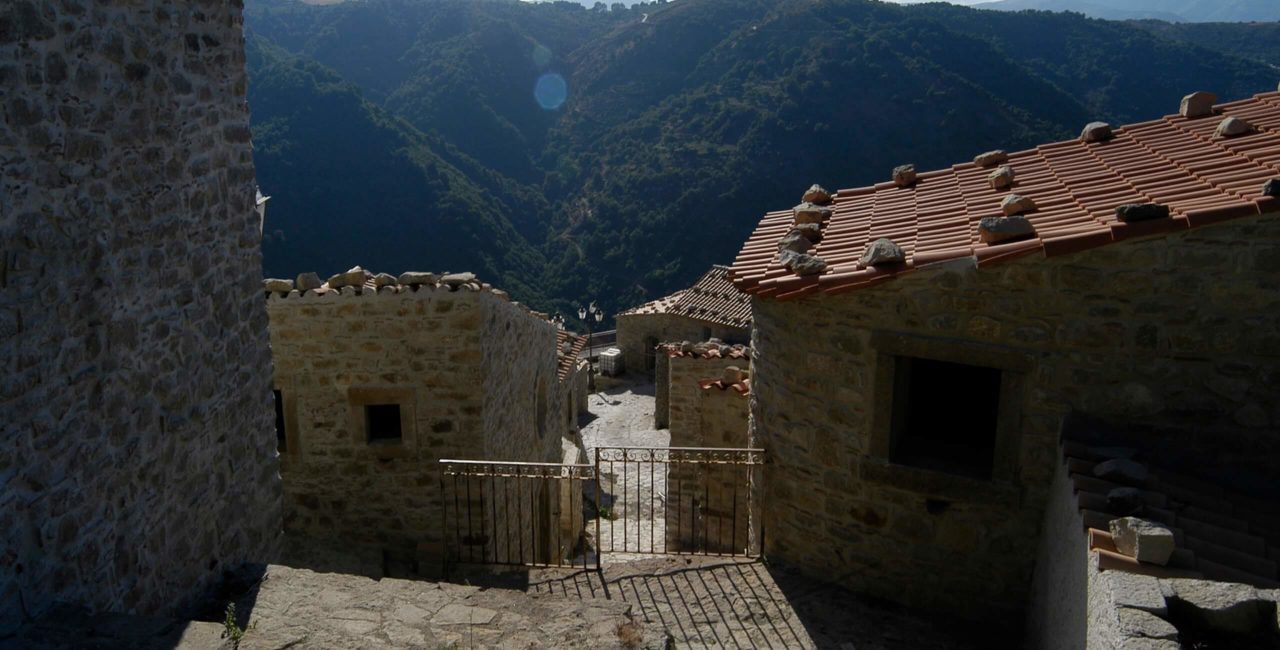 Houses made of stone linked one to another, enchanting portals sculptured with decorative effigies, noble palaces and striking churches, open spaces with cobbled paving, small alleys that seem a labyrinth… it is easy to be bewitched by the quietness in the narrow streets of Montalbano: an authentic jewel not damaged by the time that passes. 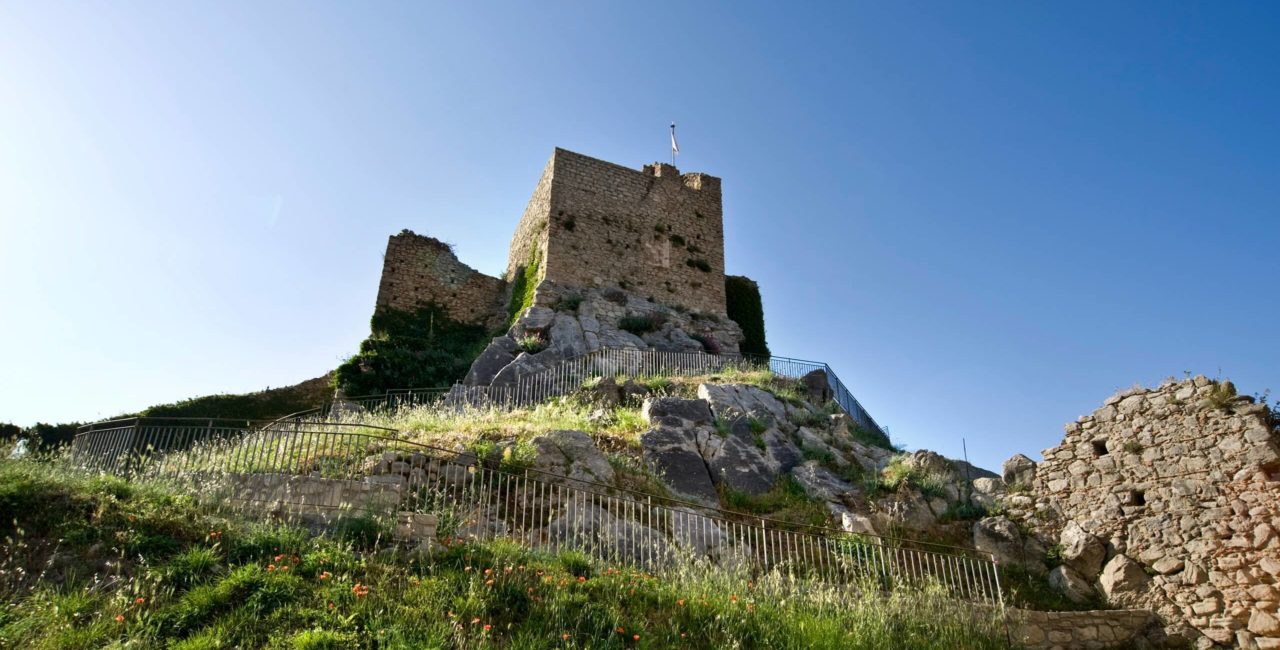 Built on Byzantine and Arabian pre-existing ruins, the Castle is the most important historical-architectural element in the town. It was the favourite residence of Federico II d’Aragona that used to stay in Montalbano to follow water treatment with the Tirone spring waters. In Sicily, the castle is the only existing example of a medieval royal castle. It is built in stone and conceals a perfectly preserved extraordinary Byzantine chapel. 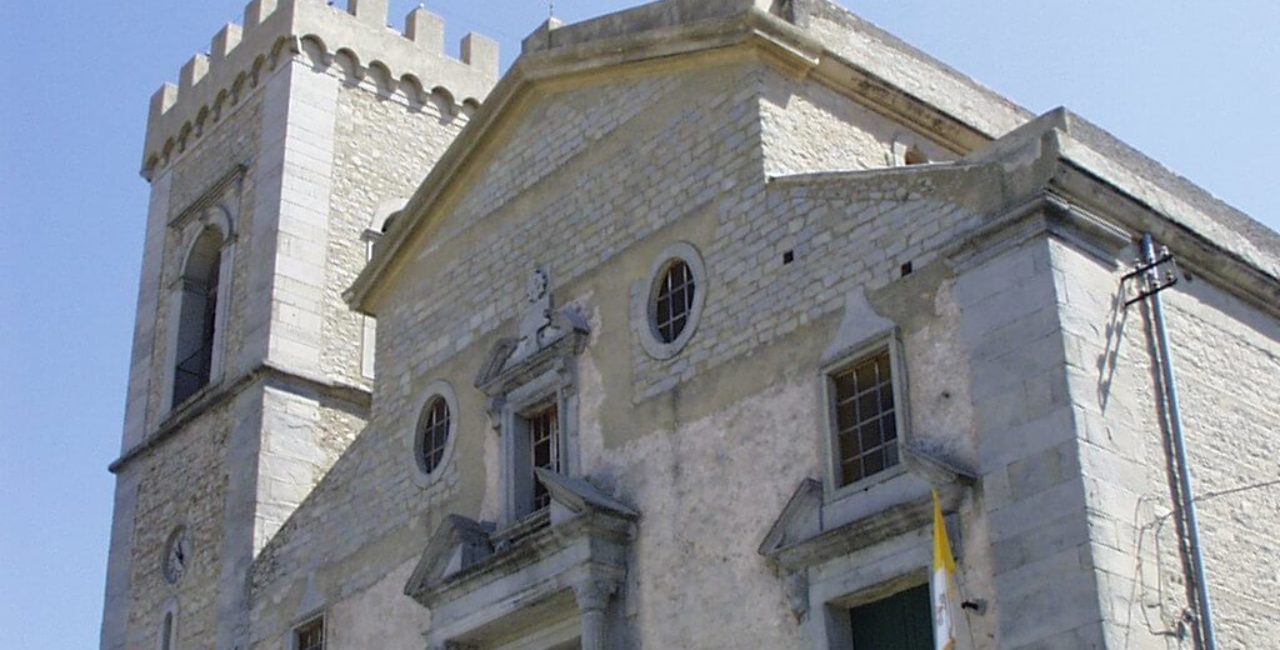 Among the prestigious buildings are the churches of Montalbano that contain the history of the village and valuable works of artistic interest.

Chiesa MadreThe Mother Curch, also known as Minor Basilica for its grandeur and majesty, is in the neighborhood called Matrice.
The church, whose structure dates from the XII century, was dedicated to St. Nicholas, patron saint of Montalbano.
In 1645 it was renovated and enlarged with two aisles, as an adjunct to existing central aisles.
Is characterized by two rows of impressive Corinthian columns on which rests the round arches.

The monolithic columns of limestone, it is said come from the perusal of ancient temples exist in the area. "1646", the date inscribed on a capitalmost probably refers to the period when the church was built, but not to the actual workmanship of the same, probably much older.
In this church you can admire fine works include the tabernacle on the altar of gilded wood, decorated with art works and sculptures, attributed to the school of Gagini such as sculpture of St. Nicholas (1587), and the baptismal font of stone, a crucifix wooden '400, a baroque canopy of 700, a painting depicting the Last Supper attributed to Guido Reni, Italian painter and printmaker, one of the greatest of the seventeenth century, a fine painting of the Assumption and precious vestments embroidered in silk, masterpieces refined school of Messina.

The Church of the Holy Spirit

Erected in 1310, has a single nave with three altars and is located near the port in the district Giovanni Guerino matrix.
The present building preserves inside a Romanesque portal and outside you can see three niches carved sandstone capitals, which were once kept three paintings depicting the descent of the Holy Spirit, San Francisco and San Calogero of Pistoia.

The Church of San Michele

Built around 1100-1200, has a rectangular structure with a single nave and transept, marked by a stone vault.
On the walls were carved niches decorated with large frescoes representing religious images. In front of the main facade there were stone seats.
Unfortunately, today the structure, which in the past held the remains of Mastropaolo, only a few ruins remain, after the earthquake of 1978.

The Church of San Domenico

The church of San Domenico, in addition to being a building of artistic value, is at the heart of the religious life of the town.
It was enlarged by Baron Romano Vincenzo, with the incorporation of a convent of Dominicans of over 2000 sqm, became now the Palazzo Comunale.
The Virgin, which is dedicated to Sanctuary, the village's patron was recognized for the many miracles performed. On 24 August, a festival dedicated to her attract the people of Montalbano and many pilgrims from neighboring countries.
The church has three naves on two rows of columns supporting round arches.
Inside, the altar, you can see the wooden statue of the Madonna and Child in her arms and blesses with his right, dated 1730 and attributed to the sculptor Alessandro Pantano.

The Church of St. Catherine

Chiesa Santa Caterina, located near the castle, was rebuilt in 1344. The facade shows a Romanesque portal.
Of particular interest is the statue of the saint, in marble, probably dating from 1510, resting on a pedestal precious bas-relief, the school of Gagini.

Over 200 photographic works, which testify to the history of the small community of Montalbano

MuseoCarmelo Belfiore has cataloged a unique photographic archive consisting of the own works and a collection of photos that resulting from the conservation of photographic plates dating from the late nineteenth century, kept before him by his predecessors Floresta and Colonna.
Hundreds of glass sheets, faces, men and women, old people and children; Montalbano scenic views in all seasons, and studies of the beautiful Swabian-Aragon castle of Frederick II: pictures that mark eras, moods. A microcosm shows to document "as we were" and "as we are."
A job intact, pure, result of the passion of an entire family handed down from father Carmelo Belfiore to sons Nicola and Eugenio. At this last, who tragically died in 2000, has been named the museum.