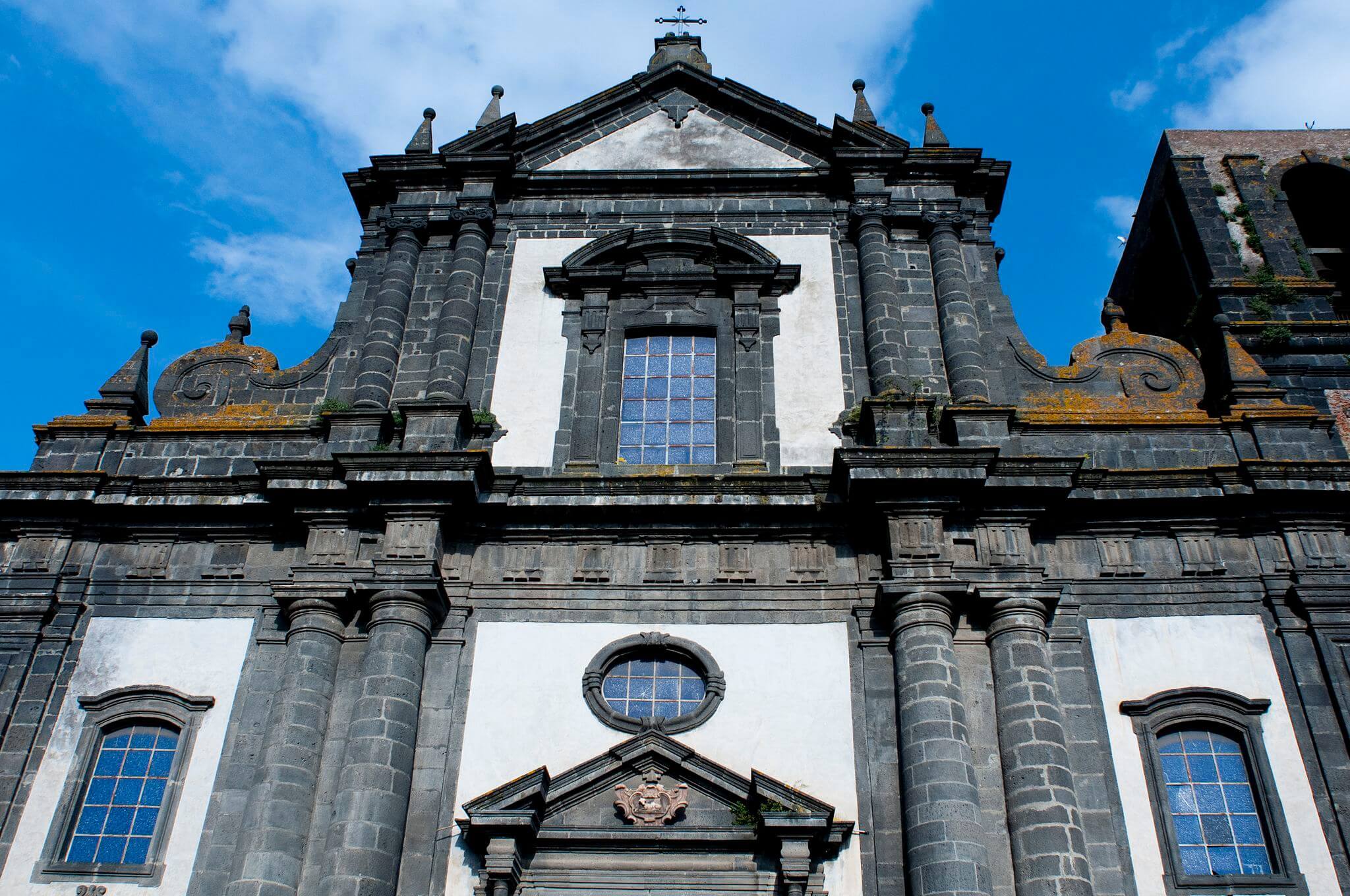 It is a centre of Roman and Gothic churches. It is characterized by the lava stone used not only to pave the streets but as one of the architecture elements as well.